After our normal carving pumpkins party we’ve started the tradition of shutting off all the lights, lighting the pumpkins and letting the kids run around and play with glowsticks!
They of course think it’s a blast and mom loves it cuz I get to take some fun long shutter speed photos.

Pumpkin Carving with all of it’s yucky mess

there was a minuet of  panic while I thought she was going to take a big mouthful, but she thought better of it after she got it real close and smelled it

Than she thought it would just be better to play with it.. smart choice

and any guesses on what Ellie wanted hers carved as??? {If you have a my little pony obsession in your house you know it}… Scary Nightmare Moon pony

Oh you need some boxes and paint for your costume- Awesome!

So we had a Snow Golem, a Princess sofia with her prized Amulet,

a little cute pumpkin and….

we also had.. try as I might to convince her to be something else ya know like a princess, or a kitty
{– note this is after years of wanting to be this— }
I finally gave in and let her be
A Vampire Princess
{I think she just loves wearing the vampire teeth!}  we’re really hoping next year we go back to more little girly things

Hope you guys had a spooky Halloween too!

I have so many happy memories of raking and playing in the leaves! I’m pretty sure childhood just isn’t complete without it

Our kids  love the leaves and it seems that in the fall that is what they want to do everyday– go to grandmas and help her rake up the leaves
But when its time to get really serious about it, out comes the four wheeler and they make pretty quick work of it!

I love that they have so many opportunities to work and serve!

Millie even chipped in with the help

she fulfilled the entertainment role. She was determined to get that pacifier

And what is the best part of raking up the leaves???! Playing in them of course!

The day that seemed forever in coming finally arrived!

Dave’s parents got back from their mission!!! {They served in the Indianapolis, Indian mission– if you want to learn more about missions/our beliefs click here}
There of course was a very big welcoming party of family waiting for them! So big that we pretty much had people clear down the street lined up reminiscent of a parade ready to welcome them home!

Our sweet millie had yet to meet her grandparents and Payter was pretty dang excited to have her meet them!

When they finally arrived everyone ran to greet them! None I don’t think quite as fast as Payton {can you tell he missed his grandparents?!}

After Payton got in his initial hug and kisses he had to run and get his little sister to meet grandma! I won’t lie I thought it was adorable!

Meeting for the first time!

We are so happy to have our parents {& neighbors!} finally home! We are so proud of them for serving such a wonderful mission but we’ve dearly missed them too! Hopefully they’re prepared for a lot of catch up time and us being constantly around now!

So one of the things on my 30 before 30 list was to take our kids backpacking to Palisades…. and given that this was the last weekend before school started I planned for us to go.
In reality there was a lot of hee and hawing about whether or not we should go, Dave still has two herniated discs and backpacking 7miles in to a lake didn’t seem like possibly the best thing to do. Dave said he could do it, I well I didn’t want him to get hurt, so at last min. after we already have our backpacks all packed we decided to just do a camping trip up at Meadow lake.
If your wondering….. the kids LOVED it! 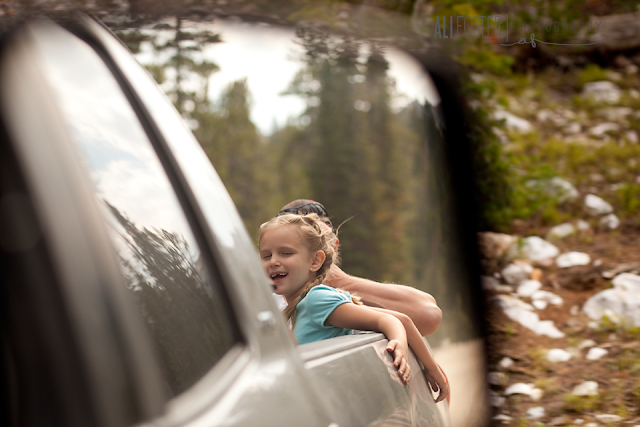 Getting to ride in back of the truck is always super exciting for them! 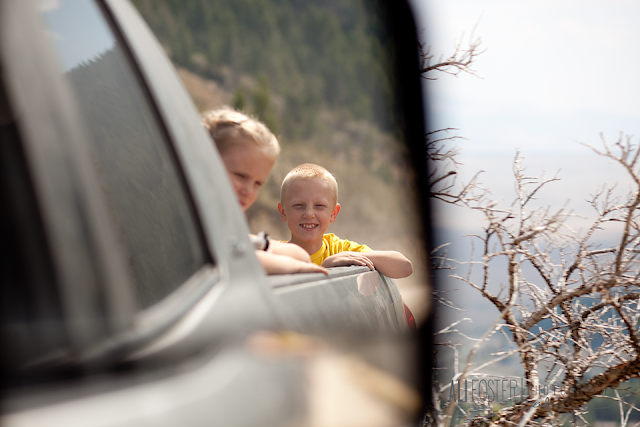 We checked out some of the old deserted mines around there, and had fun turning off our flashlights and seeing how dark it was. 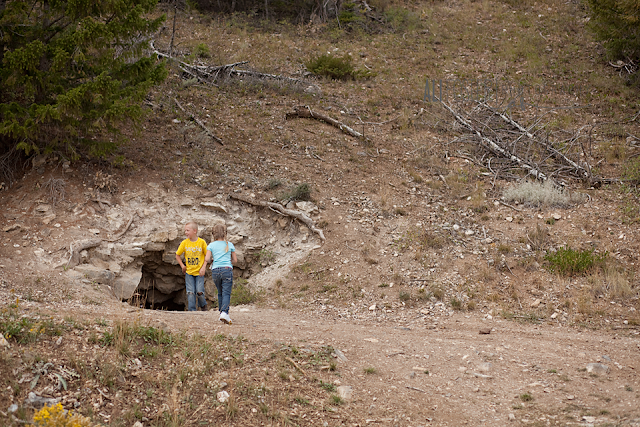 We took a little hike up to some more mines 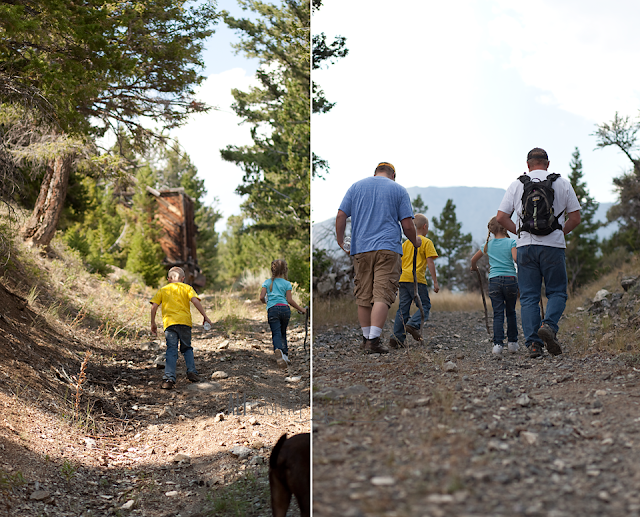 Which Payton had a blast rolling some rocks down the hill and watching Bruno chase them– {That dog is a rock chasin crazy!} 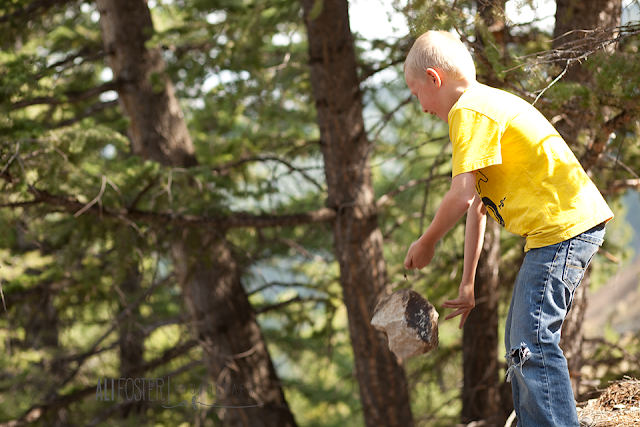 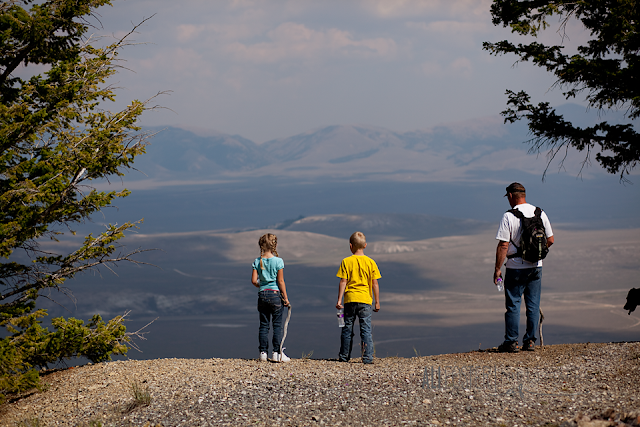 At about this point when Dave was killing from just our little hike I was very thankful that we weren’t backpacking in. {He built a rock tower while he waited for us to get back} 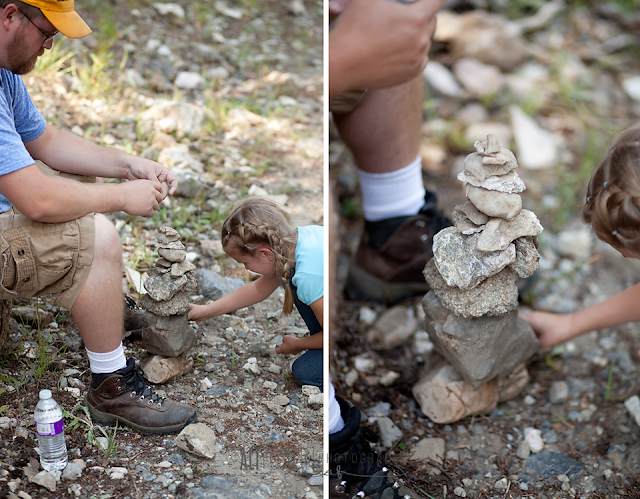 Did I mention Payton really loved rolling the rocks down. 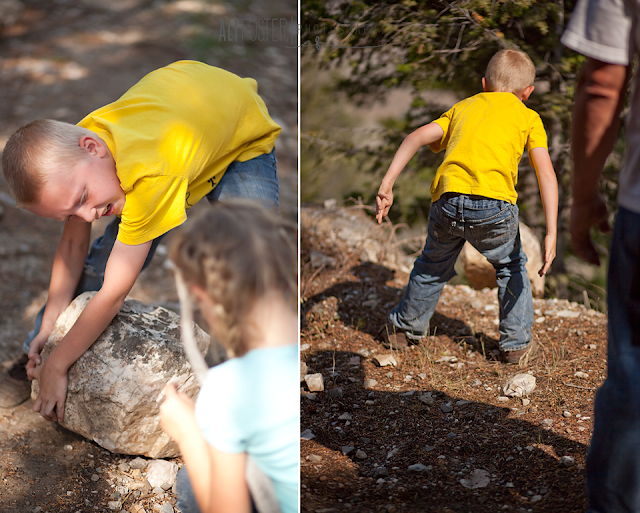 There was a fun little stream that the kids had a blast in. 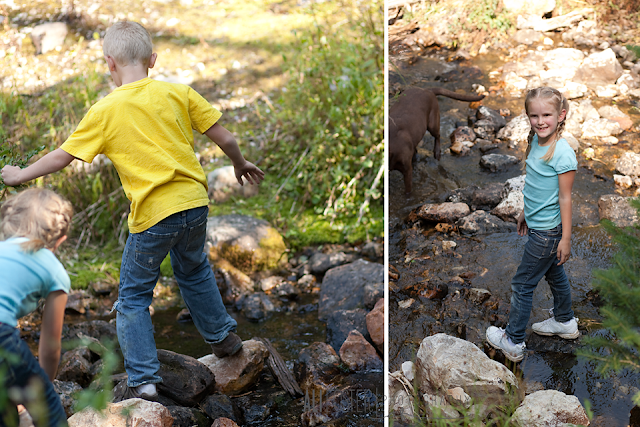 And Dirt, much fun dirt and rocks! 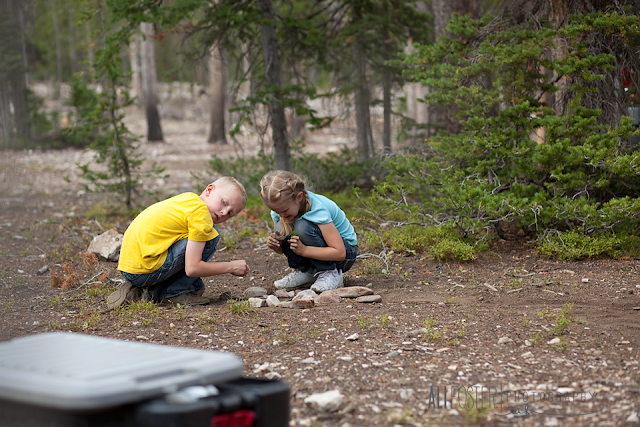 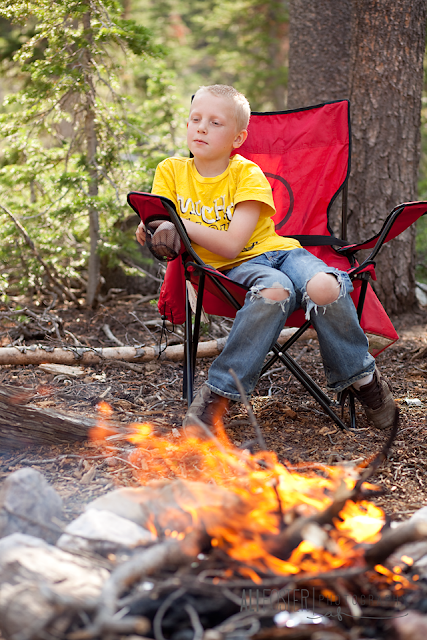 Chilling round the campfire and cooking yummy dutch over food- my favorite, meat and potatoes! 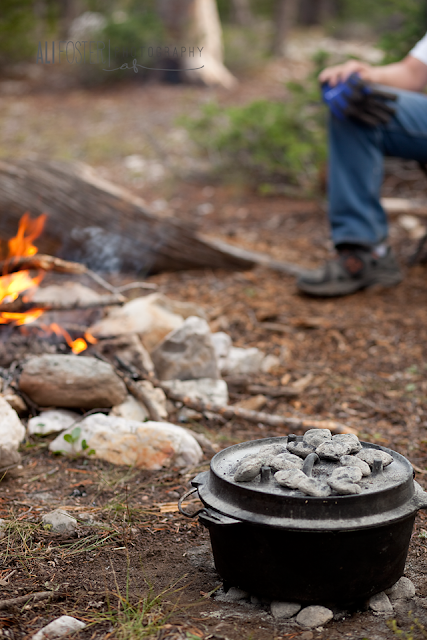 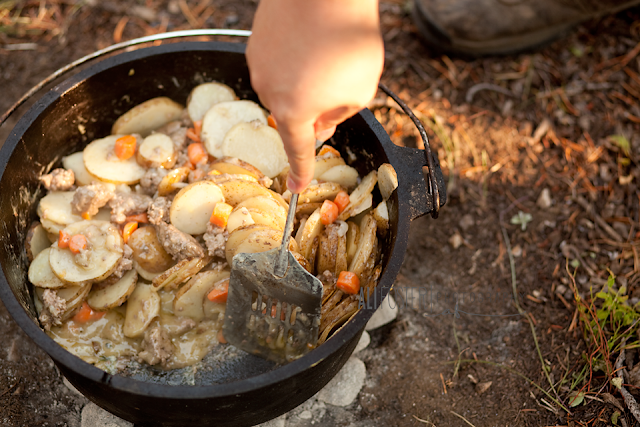 Payton of course wanted to see how things burned and exploded. 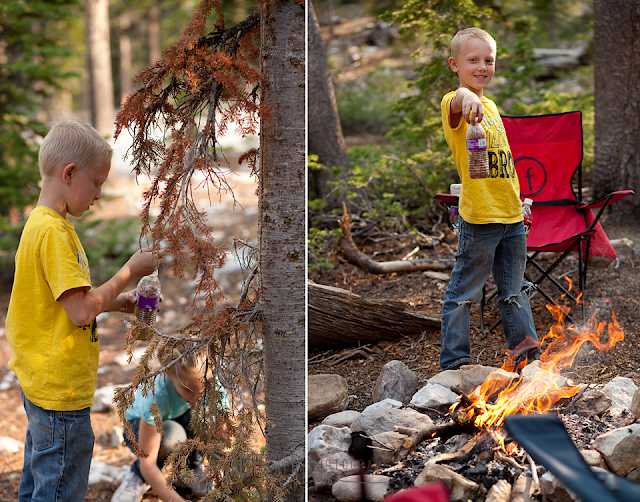 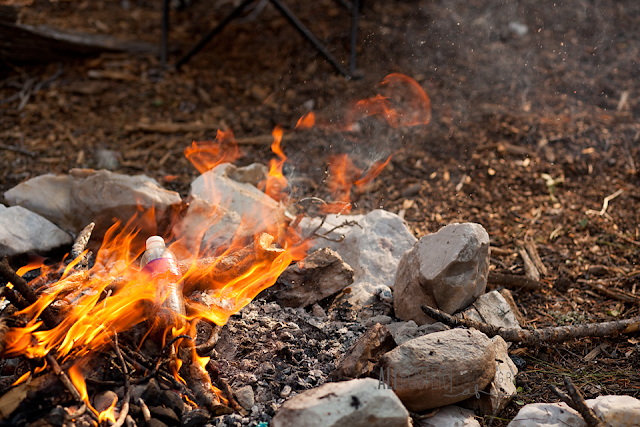 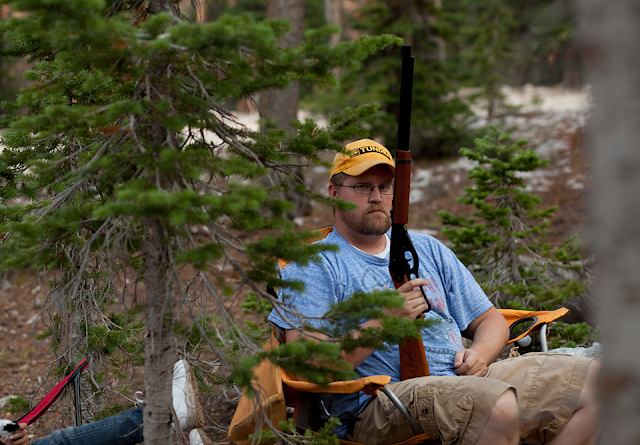 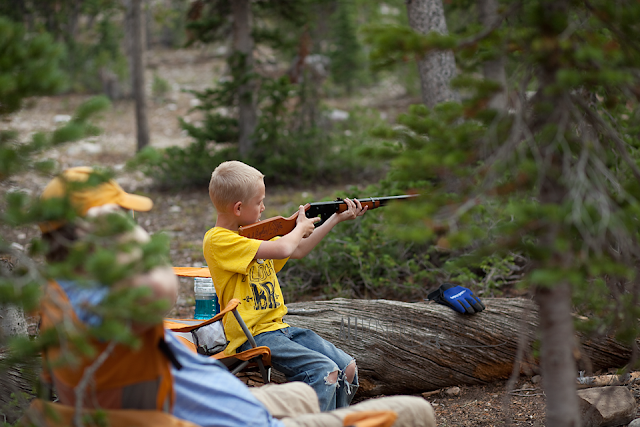 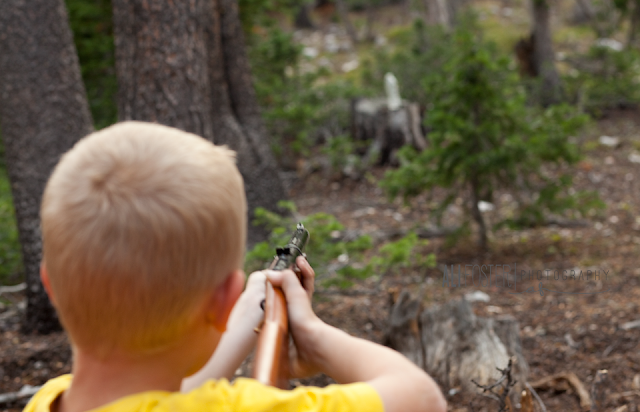 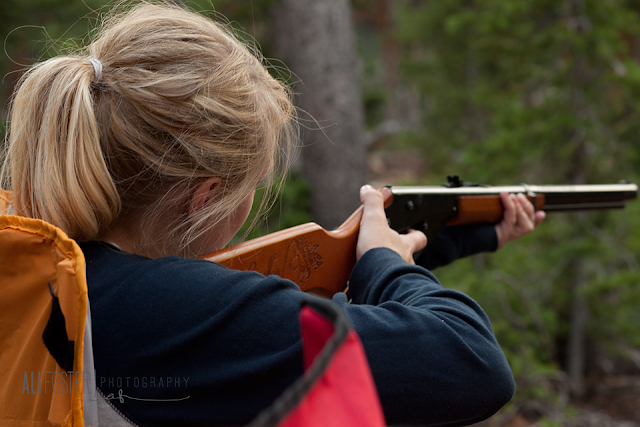 Also while Camping this happened…… 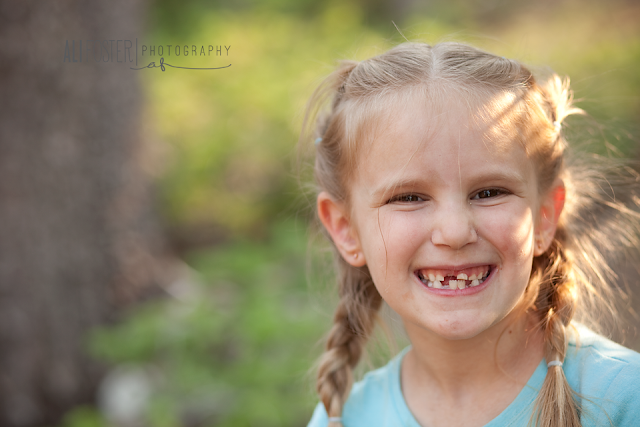 Notice any difference between the two photo’s

Yep all she’ll want for Christmas this year is her two front teeth. {And thank you corn on the cob I was sick of the front tooth hanging out at all sorts of funky angles} 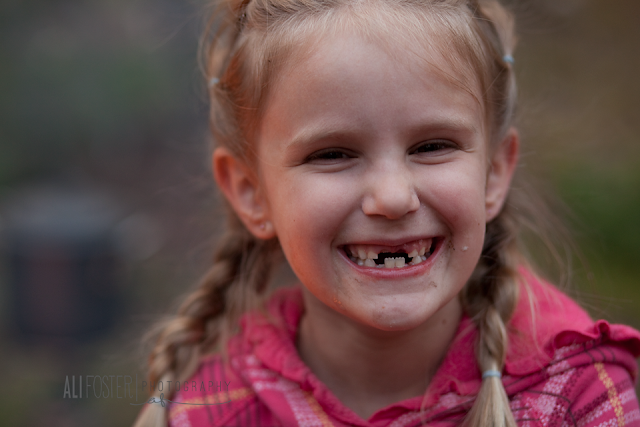 Needless to say I think the kids had a dang fun time.. as did we! 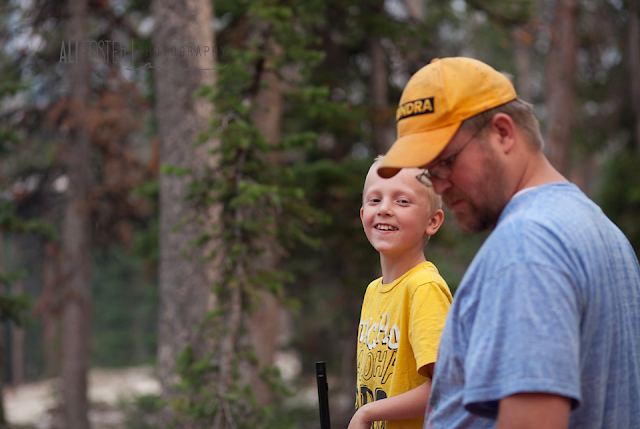 I love my sweet little girl and the fact that she loves to be doing whatever I’m doing! 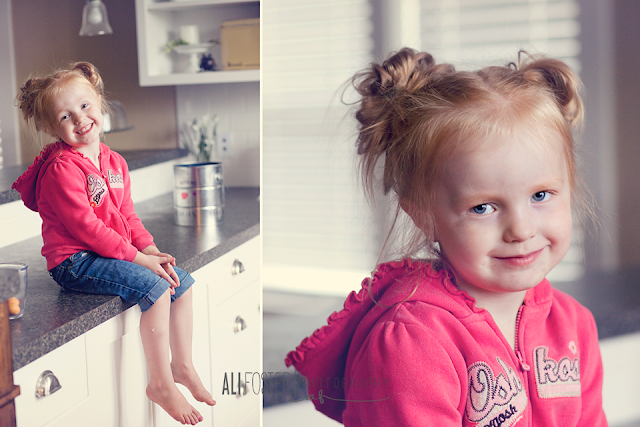 Lately she wants to be as big as her brother and sister and help with making dinners and baking!
I just think it’s so cute her sitting on the counter always ready to help and chatting my ear away! 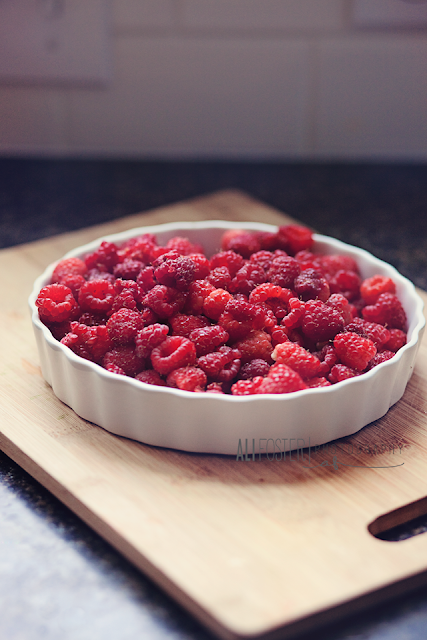 She of course was more than willing to help me devour the yummy raspberries we picked over at grandma’s! The were so delicious! I can’t wait to have our own raspberry patch someday! 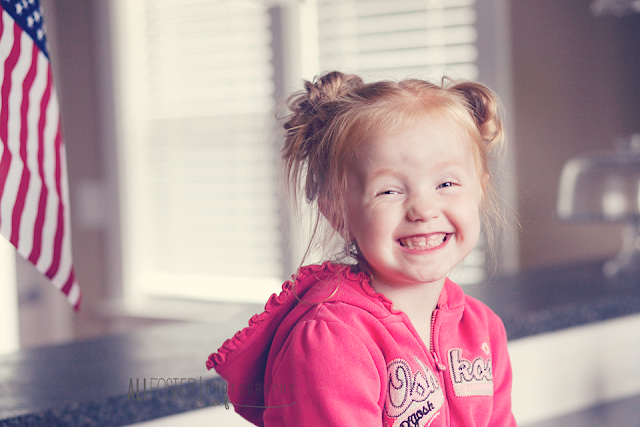 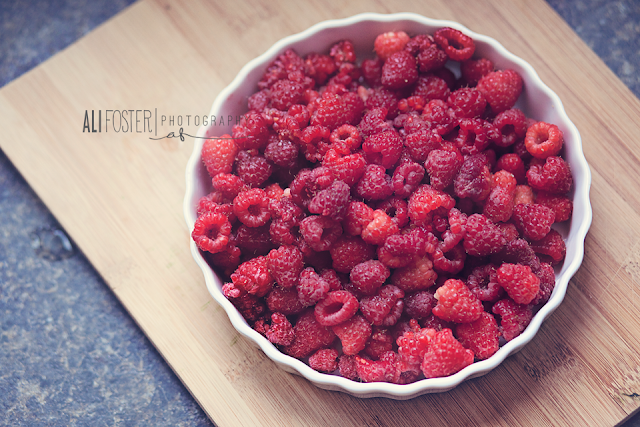