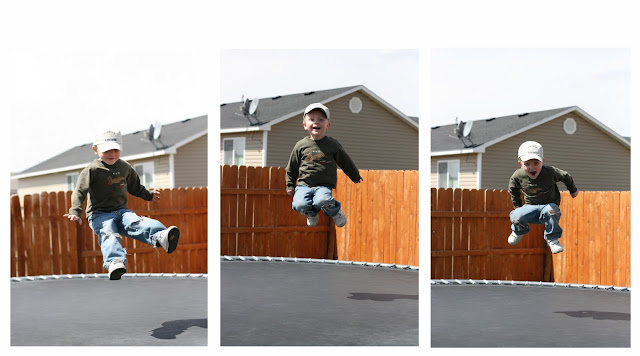 I love it when the weather gets warm enough that we can enjoy being outside and working as a family. Payton seems to enjoy it to, he loves gardening (which I struggle with- he’s my little motivator) And just anything that has to do with outside. So this Saturday we worked on just getting the weeds out of the garden and it ready for planting in a couple of weeks and we also set up the tramp. So I thought I’d post a few pics of Payton loving the Tramp.

He always makes me smile.

So officially our anniversary isn’t till the 25th but we decided to celebrate it earlier since Dave had a week break off of school. We didn’t want to go and spend the money on a hotel so my parents ended up taking the kids for a couple of days and for one day we built a desk for our study (something I enjoy doing), (which worked out well cuz’ the gift on the 5year anniversary is suppose to be wood- who knew ) and the second day we did Something Dave enjoys and that was playing WOW (world of warcraft) all day. It was pretty fun and unique to just us so it worked out well. 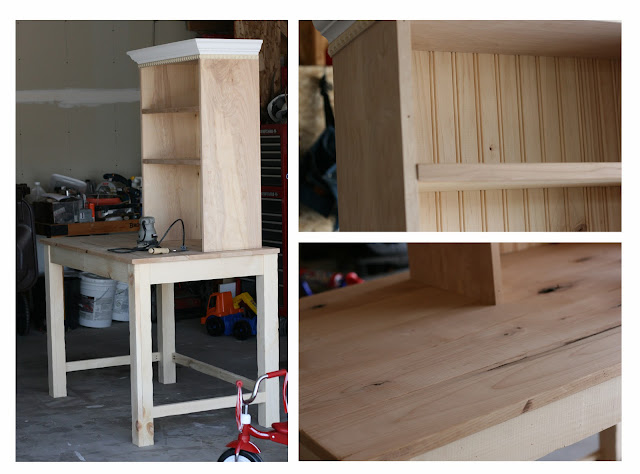 Anyways here’s some pictures of our desk, I haven’t finished it yet cuz’ I got sick

but the alder top I’m going to stain and the shelves in the hutch are going to be stained but the rest will be painted an off white kinda color.
END_OF_DOCUMENT_TOKEN_TO_BE_REPLACED
posted by alif, 23rd April 2008 , Categories: Projects

So funniest thing happened on Saturday. We went to Walmart to get a few things and Payton loves the chocolate milk that they sell there, so we bought him a little bottle, he was ubber excited about it, so much that he wouldn’t let the lady bag it,after we had paid for it he had it opened and was chugging it, by the time we were at the car he had finished the whole thing. Anyways about halfway home he starts mumbling in the backseat, “my lips poking out, mom, my lips poking out.” 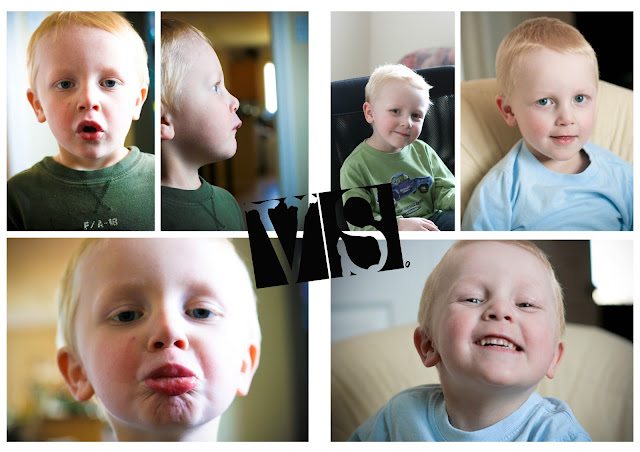 He had a top lip that resembled homer Simpsons, and being the oh so compassionate parents that we are we couldn’t stop laughing at him. He of course didn’t know whether to laugh or cry. But all in all he handled it pretty well, and he even told mommy that he wouldn’t do that again.

My parents were going to Utah this last weekend and decided that they would like to take Payton along to play with his cousin Shelby down there. After much jumping and screaming and laughing when I told him he’d get to go down to Utah, he looked at me very seriously and asked if I would be going, or brynley, or daddy, and when I told him we weren’t he got a scared look on his face and the next second it was gone. Gone was my little boy who always wanted mommy around especially on a big trip like this. Don’t get me wrong I’m the mothering type that I want my kids to be very independent from me, but I still want them to want me around. 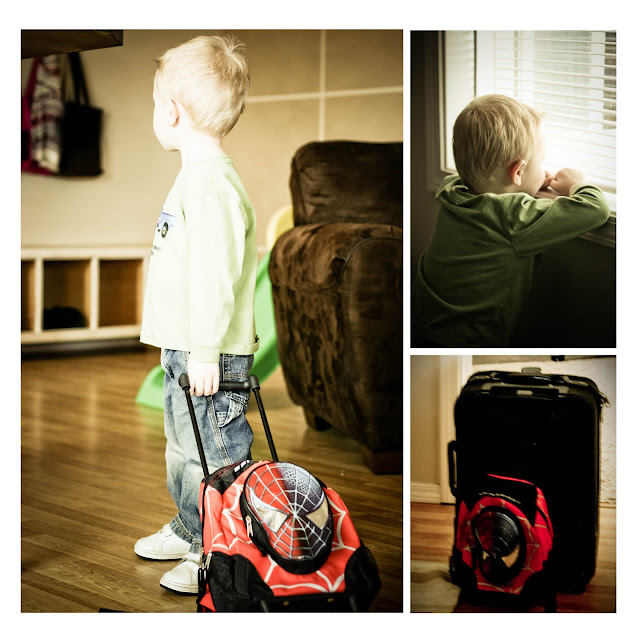 Ahh it was a sad day, he was so excited to go, Alone. After he left I seriously felt depressed for a minute, until I realized I had some time alone to get to know my sweet little girl, who got unlucky and had to come after a very forward outgoing center of attention little boy. Needless to say we all had fun, and when Payton came home, walk in the door and yelled MOMMY, I’M HOME! I thought him being a big boy isn’t so bad.