so now were playing catch up. lots of catch up. so this is me apologizing for the next million of catch up posts that’ll clog up your reader (if you have one) but I gotta do it  :)

So first the big news

We Sold our House!
The first part of July (like the 10th) we got our house under contract— it had been on the market for about a month so it felt really fast to me since the market really had been pretty slow– They wanted us out by the 30th– ugh– and we were planning on a week long vacation in Idaho the 17th-25th to attend Dave’s parents 50th, my family reunion and to bless Ellie.

So Dave really didn’t have enough vaca to make two trips to Idaho so I ended up packing up the house in 4 days loading it into “the greatest father in law in the world’s” trailer and moving it to Idaho to store it,

and since we didn’t have much time and after praying about what exactly to do I got a very strong answer that I was suppose to be in Idaho– so we moved me into my parents house with the kiddo’s and Dave would stay in our great friends the Kneisers basement for awhile while we figured stuff out :)—–{Living like that now for a month I can officially say it SUCKS! I miss my hubby a lot it’s almost unbearable- but I still do feel that this is the right place to be right now though 2 }*the very annoying how bout we don’t talk about it thing is that we  finally this weekend will be closing on our house– first the buyers couldn’t get their transfer papers in time so we extended it, than her father died so we extended it again, and to top it all off in august we had some major hail storm so than we had hail damage to the roof that we have had to pay to replace– so it’s just been a jolly ol time

Good times, Good times :)
Anyways back to the move– luckily we had our amazing nephews come and help us out– we needed those muscles :)

After we had it all packed, and even though we had to leave at 2am we decided (actually I begged) to make a trip to Manitou springs with the Bastians. Colorado springs is so pretty during the summer- I so love the everyday afternoon rain storms. :(

So when we moved into the house one of the major things that was frustrating and really a bugger was the fireplace— I mean a Sheetrock mantle?? really? Who ever thought those looked good? and the hole for the T.V. didn’t fit Dave’s “man” T.V.

So I knew I wanted to change it- but I didn’t know what into? I didn’t want to spend to much money either or do any major floor plan changes– So needless to say it sat there forever – I couldn’t figure out a way to make it look better– well a way that both me and Dave could agree on too 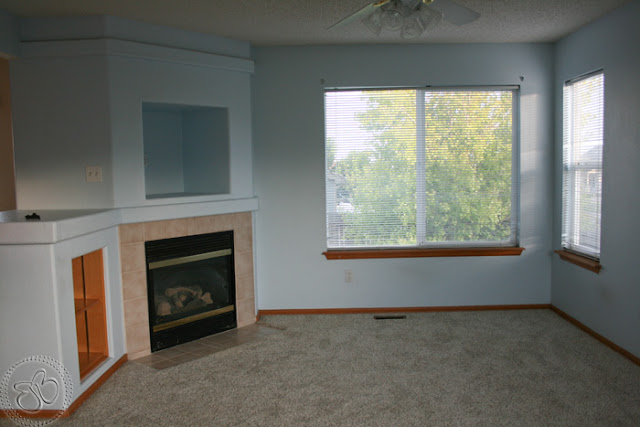 but I don’t have any pictures of that- or how horrible it looked when we had our tv just sitting on the ledge– with the wires hanging everywhere– It was great- let me tell ya.

Here it is Now: 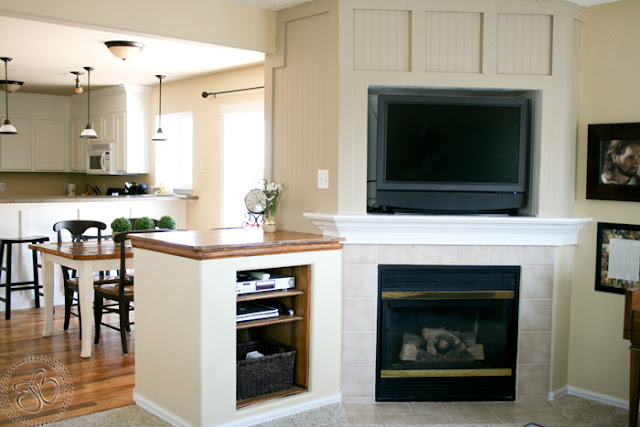 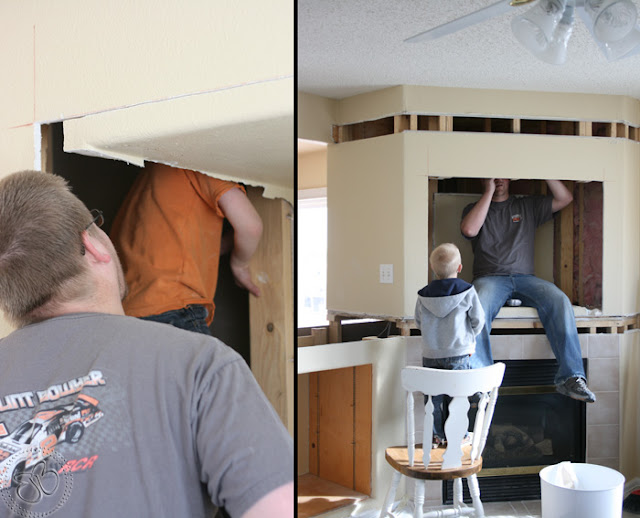 gotta love a sexy man with a saws-all :) 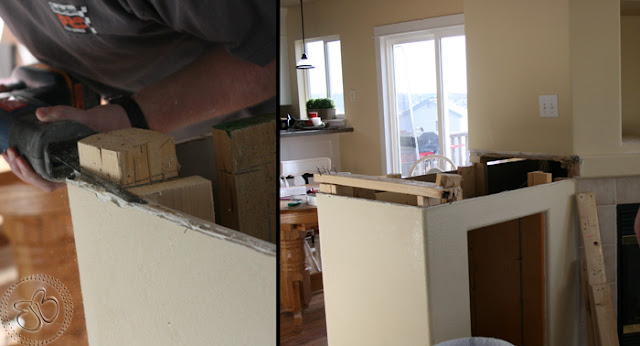 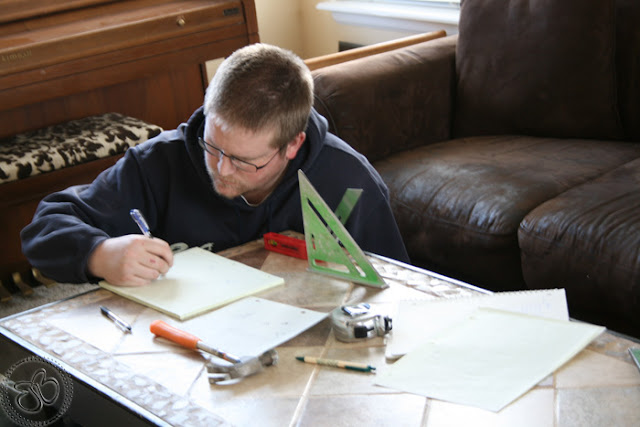 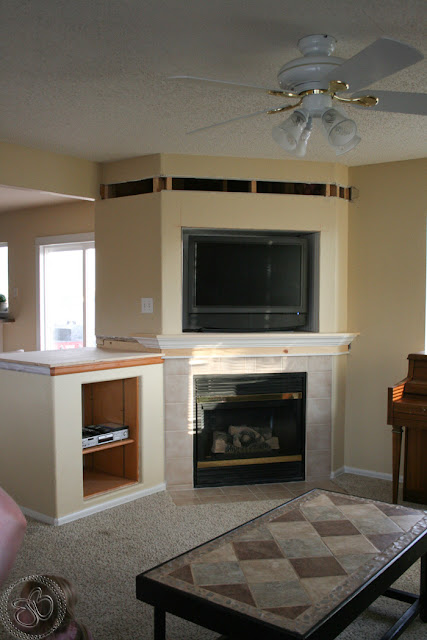 But hallelujah– It’s done– I like it- Our T.V. fits– and really we spent only about $100 to do it–What do you think yay or Nay on the redesign? 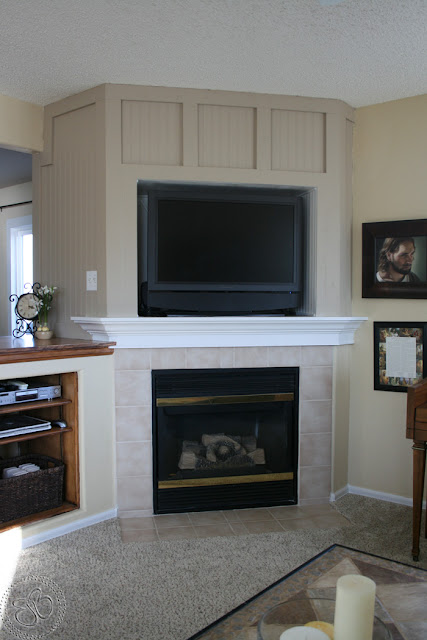 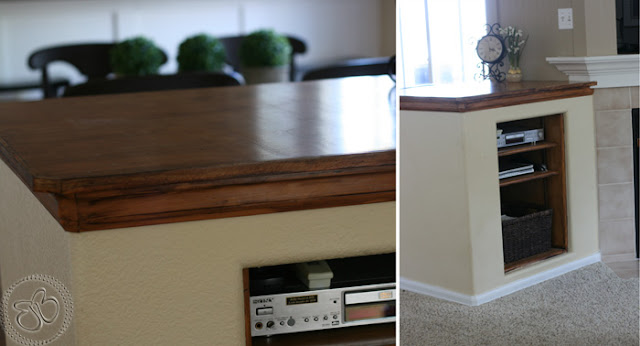 posted by alif, Categories: before+after, Projects
BasFosFam Olympics
4
July
2010
Welcome to the first ever BasFosFam Olympics
The sky is blue, the wind is warm, and it looks to be a great evening for this lovely competition.
So let’s bring out the competitors

Looks like the ninja is off to a great start– amazing ball throw got it in on the second try and just look at those somersaults— Amazing!

But I think the judges were fans of the huge smile during the knee slaps– may have got a couple bonus points for that.
Next up is our amazing Speedy–

Check out that throw – WOW

and I now know where he gets his name speedy from.
I believe the judges had a hard time keeping track of the blur that he was– way to go speedy!
Next up to bat is the legendary Hopps,
She started out with some great throws but when she got to the somersaults there was quite the hesitation- we soon learned that she had never done a somersault– Say What?!

needless to say she pressed on and of course caught the judges attention with her amazing knee slap hops at the end.
Round 2 consists of doing amazing leaps all the way across the lawn, followed by 5 spins around the tee– batting the ball past a certain point, running like an animal to the barn and back, finished up by having to bounce the ball into the bucket.  Let’s check in with the contestants.
Here’s our Leapster Contestant
Looks like she’s getting serious and stretching out those joints

Oh though that batting the ball has really messed her up, I don’t know, she may get some good points though for her amazing bunny hop to the barn, we’ll have to see.
Next up we have Mr. Insane– he did very well in the first round we’ll see if he has the same luck here

look at the air he has caught

Yes I do believe he is going to be a strong contender in this round.
But we can’t count out the Hopps either

She had some great airplane form going on.
Yes I’ll say all the contenders did wonderful- They even earned a smile from the hard faced mini ellie-simon

It looks like…. well…
It looks like were all Nerds, being super silly but having the greatest BBQ yet!

so I’ve not really wanted to post until I changed it but alas after weeks I figured I prolly should.

I really have tons of stuff I could post and show you– our house is pretty much finished– well finished as much as were going to make it since it’s on the market now and were wanting to move, so I have some great before and afters I could show, and also this week I’ve sewed three new dresses for Ellie and I’m in the middle of sewing her blessing dress so I could show you those–

Sweet just what you always wanted right? O- well– sometimes I just have to show off my cute little kiddos- especially for the grandparents to see

First off we went and enjoyed a sweet summer night going out taking pictures in an amazing, beautiful location.— ran out of light though cuz’ well getting anywhere on time with a little one is a little challenging

Than of course we have the BBQ’s—

and lastly just watching this little cutie chunk up— Love it!
(and I’m also really enjoying the smiles now– they seem to make it all worth it )

Life is great and man do I feel blessed with so many many blessings plus its SUMMER!!! who isn’t happy during the summer? huh? huh?
posted by alif, Categories: Uncategorized