Best Christmas Present Ever!
6
January
2010
So I’ll tell the truth and admit that we were a bummed family come Christmas eve day— This would be our first Christmas alone and well it’s lonely and boring being alone—

but we were trying our best to make it good– we made some slushy stuff (pictured above before being frozen) that we played with trying to capture droplets (*did I mention we were bored. ) and while I was designing some pages for my Christmas present from Dave (a webpage) him and the kids were making and mostly eating some sugar cookies.

Christmas eve afternoon dave’s parents called and asked to talk to Payter– which happens alot it seems and is not very unusual but before we knew it Payton was opening the front door to the surprise of them on our front doorstep.
It was so great to have them here for Christmas– It was the best present by far!
Both me and Dave didn’t get much sleep Christmas eve- staying up late catching up with his parents and than just plain being excited about Christmas— we actually went and woke the kids up at 5:30 after we couldn’t stand waiting any longer.

Payton and Brynley got quite the loot and were very excited about having G and G there.

but the biggest hit by far was what Santa Brought Dave– a Nerf gun.

Santa even brought a toy that would occupy most of Grandpa’s morning while he tried to figure out how to transform the thing.

Overall it was tons of fun having them come and visit us and made us feel so special and loved that they would travel the 12 hours to come and spend Christmas with us.
Even Tiki loved Christmas and having them here– he refused to sleep at the foot of our bed and instead choose theirs

Anyways hope everyone had a Great and Merry Christmas– and no offense 2009 but I am so glad for 2010 it’s going to be a great year!
posted by alif, Categories: Uncategorized
We love mail!
23
December
2009
So Grandma & Grandpa Jones like to send us just fun little packages in the mail at every holiday– and we love it!

Usually they are just filled with fun things for the kids to do and play with. This time though our Christmas present “$$$$” was in there too

As were also these Rudolph noses, which the kids loved to wear everywhere- I had to draw the line at going to the store with them on– they made me laugh at how silly they looked.

The watercoloring books this time were a huge hit too

of course Grandma knew they’d be

and lastly the window stickers– they look innocent enough right— I thought so to so I let the kids put them on the window— but at about 3 in the morning those stickers we’re coming down– our dog Tiki was up all night growling at them cuz’ they were causing weird reflections and stuff right where he looks out the window to watch for intruders. He was dead set that that Santa guy on the train was a bad guy!

Thank you mom and Dad for the great packages- we love getting them– even if you do send a card that makes annoying music over and over again– love you guys hope you have a great Christmas!

*ps. please ignore our grungy attire and the fact that there is a ladder in our kitchen- the package arrived on Saturday which is our family workin day

GIRL!
We are all really excited about it– I’m excited cuz’ Brynley and her can still play together but are far enough apart that I don’t think they’ll feel the need to compete with each other as they grow up. Payton was good about it too (he would always say whenever someone asked him what we were having before “that we didn’t get to decided Jesus would just send us one” ). He was excited that he’ll get to be the big older brother that will get to protect his little sisters–
Anyways we would love to hear some ideas for girl names– I have a few but me and Dave have such a hard time agreeing on names that I need a big arsenal of ones I like cuz’ he’ll shoot down about 90% of them. So if you have any girl names you like leave them in the comments

Anyways– I found this cute dress for Brynley at Target– actually she found it and was so excited about it and trying it on– so I bought it– sneakily– and planned on giving it to her for Christmas but it just needed something to go with it I felt to make it a special dress for her– so originally I was going to make a braclet for her but than I just decided to go with making a flower headband to match the dress since she seems to really like her other similar headbands.

It was easy and fun and I was able to finish it while she was at joy school one morning. I even made another one for the dress that I might eventually sew 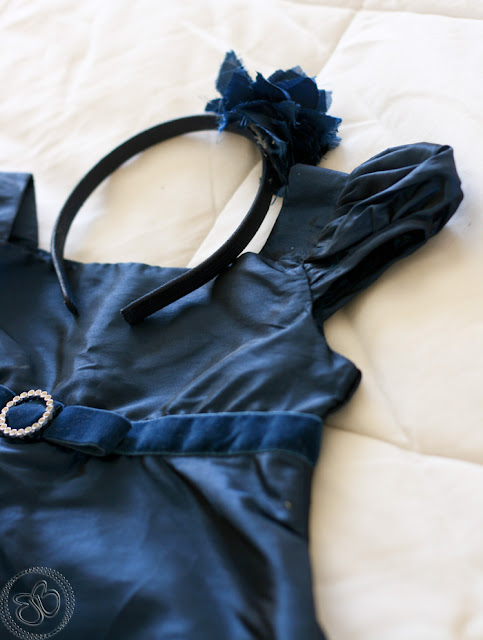 1-So first off I bought some ugly headbands at wally world for cheap I think 6 for like $3 or so but they were all the wrong color so I just painted them and to make it slightly shiny I actually spray painted a clear protective gloss over it. 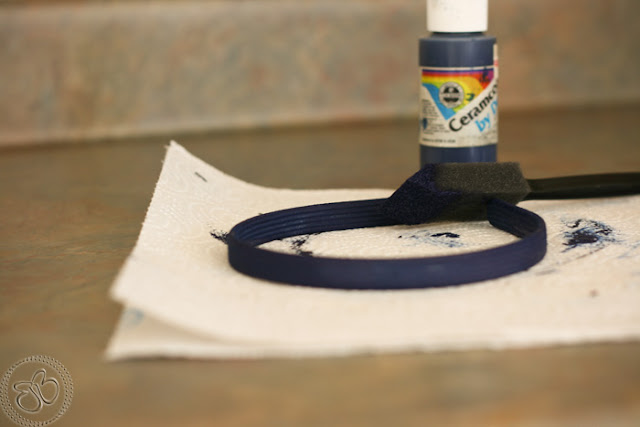 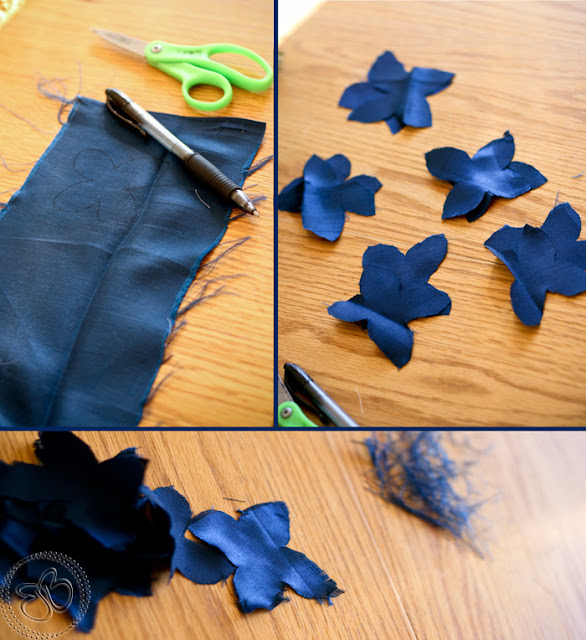 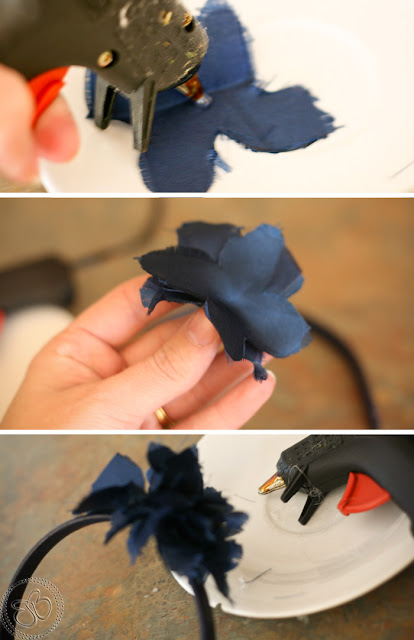 4- Tada! We’re done!  I had a hard time taking a good picture of the sucker though — I think it will look adorable on her with her dress– but we’ll have to wait till after Christmas to see. 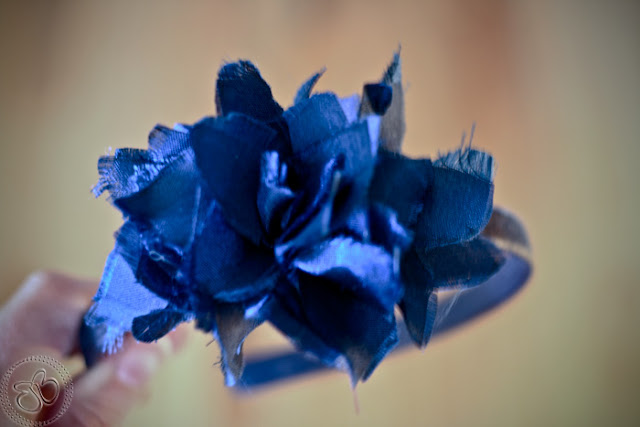