Today we ate a lot and I mean a lot of chocolate! I’m so glad that after a super crappy start I actually accomplished what I needed to today–

I’m pretty sure he thought I was crazy. O-well they are at least in the mail.

So we cranked up the Pandora Christmas Tunes got the kids in play clothes and we went to work making  Peppermint bark and Chocolate covered pretzels. It was alot of fun and Payton was my huge little helper- Bryn helped mostly put the Chocolate in her mouth and on the table and all over her– It was great!

The little baggie is full of Reindeer dust (oatmeal +glitter) to help Santa’s reindeer find your home. along with a little poem– all thanks to Illustrator- did I mention my undying love for Illustrator

And here’s Brynley’s friends gifts to give– she helped me put together the pattern for the Braclets and cut and tie the ribbon on and these little clippies are so easy to make (I love them)– here’s where I found the tutorial for them.

I’m feeling a bit better about being closer to being done– Its slightly crazy– see I was really done with all my Christmas shopping like the first week in Dec. but than I’m like “Oh I can do this and this and this since Christmas is so far away still” so in the end I’m still trying to fit everything in and being stressed

when will I learn

Hope everyone is enjoying the season!

posted by alif, Categories: Uncategorized
What to do on a cold Snow day {Crayon Roll Tutorial}
9
December
2009

You can always do loads and loads of Laundry

All the sheets- all the towels -all the pillowcases in your house and of course clothes 2. 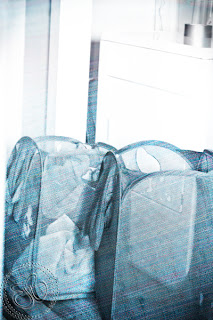 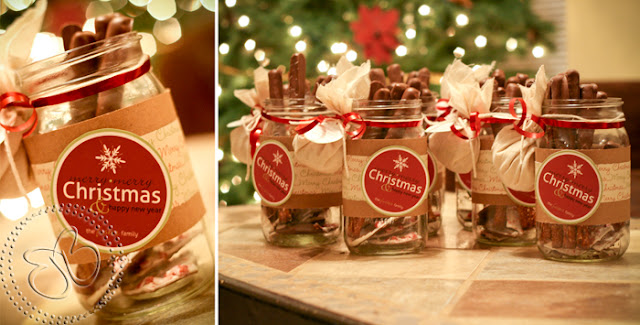 Actually the best part of a Cold snow day is getting to hang out with your kids, drink some hot chocolate, watch the Polar Express and the Grinch, play in sleeping bags- and when the kids are finally asleep getting another Christmas present done– That’s a great Snow Day! 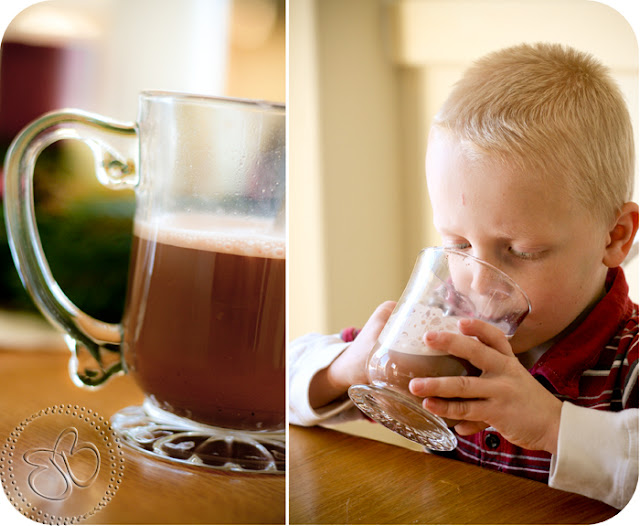 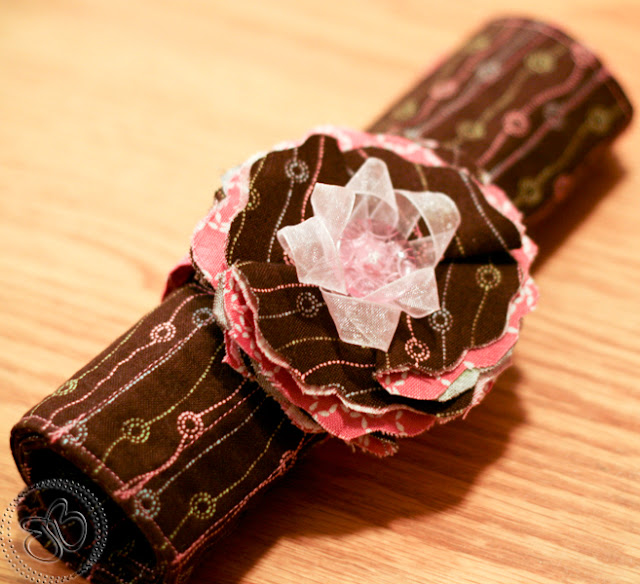 For an awesome Tutorial on how to make the crayon roll, go here!
There’s a ton other great stuff on the blog also– very addicting 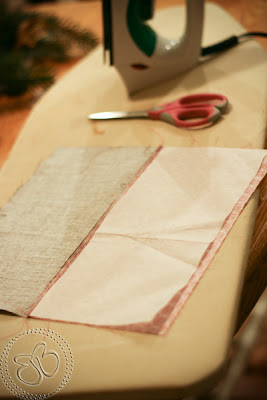 Instead of using the felt used in the tutorial I decided to go with just to pieces of my fabric sewed together and to make it stiffer a piece of Interface sewed in the middle– It did make it harder to pull it the right side out when the time came but I think it was worth it. 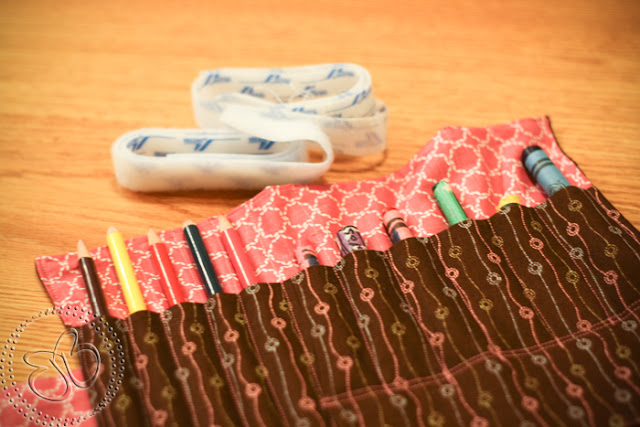 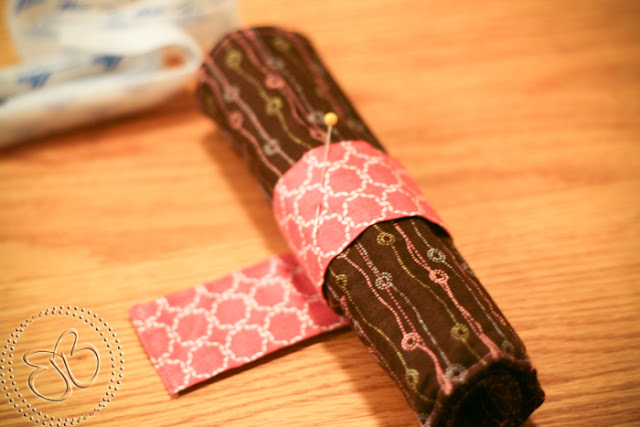 When it came to to put the Velcro on I just rolled it up and made sure to give lots of room for variations on how tight/loose it can be. 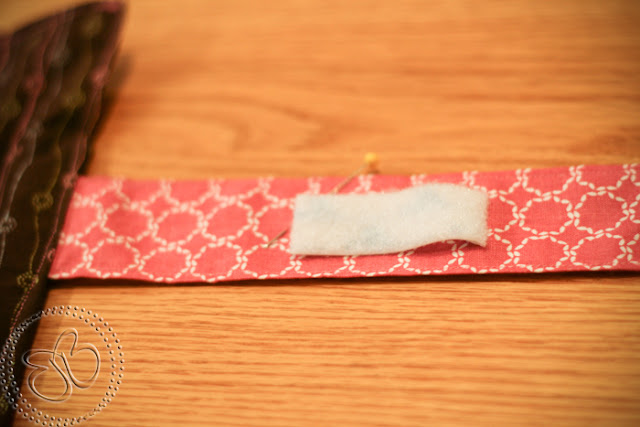 For a finishing touch and to make it easier for her to pull it open I added a fabric flower.
I found the tutorial for the flower here. (another great blog!)
I would have loved to follow exactly her pattern but since my adobe pdf reader isn’t working on my computer I had to just guess and try to figure it out on my own. 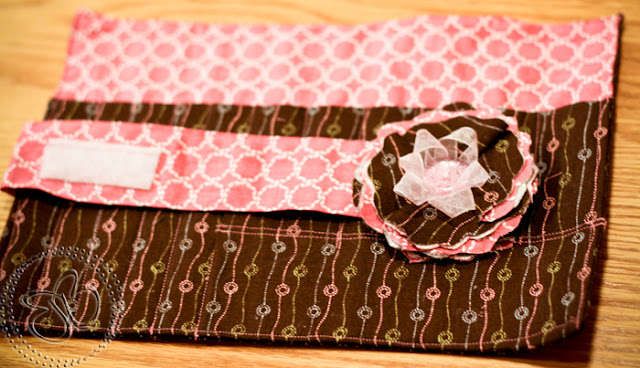 In the end I realize I have very much a love hate relationship with sewing– when I’m not doing it I think I love it and would like to do it but when I’m actually sewing- man do I hate it! I really think it’s cuz’ I never really learned how to sew- and I’m just too dang picky– I can never follow a pattern exactly I have to always modify it and make it harder on me– but like always I’ll probably forget I hate sewing and be sewing something else soon.  Either way I know Brynley is going to love getting this for Christmas

now I just need for the snow to melt off the roads so I can go to the store and buy her some new crayons for it.

posted by alif, Categories: Tutorials
Projects, Projects, Projects
6
December
2009
So you would think the millions of projects I have going on would be enough-
but what can I say I’m addicted.

I’m 99.5% done with Christmas (wahoo!) but I always try to have something little for my kids to make to give to their friends -you know actually feel like it’s fun to give instead of receive kinda idea– so I’ve gathered the stuff for that, couldn’t pull myself out of the fabric store though without buying some fabric to make Brynley a dress– in my head it’s so cute

. I also got some fabric to make Brynley a crayon roll for in her stocking

*She is my little artist and can’t seem to go anywhere without bringing crayons and something to color– this will be as much a present for me as for her- I’m sick of finding Crayons lost everywhere in the house and car.

and last of all at a stop at the Salvation Army I found a chair to redo for Brynley’s room. I haven’t quite decided what I’m doing to it yet– I’m still in the planning stages of the design for Brynley’s room so we’ll see how long it take me to decide and than we’ll go fabric shopping

Maybe I’ll post some tutorials on doing them that’d be slightly fun–
Toodleloo for now, I got me some work to do.

posted by alif, Categories: Uncategorized
I just can’t get enough of these guys!
30
November
2009

Every time I look at this girl she makes me smile! Her high pitched voice and how she repeats herself so much when she’s excited and just the fact that she is beautiful and smart and amazingly I get to be her mom!
and this little guy-

I think Heavenly Father laughs to himself every time he sees Payton out logic-ing me. He is the smarty pants in our family and such a little lover and cuddler- I hate having him leave to go to school each day because he is just so much fun to be around and such a huge helper.
He makes me laugh, think, reason, and makes my life so much fun.
I seriously can’t get enough of my kids- I can’t even begin to imagine how miserable my life would be without them and we get to be blessed again with another one– Life is great!

On another note I hope everyone had a amazing Thanksgiving– ours was pretty good except for the me getting sick that night part.
We had so much food and tons of fun having friends over to help us celebrate- The flowers Dave gave me even survived long enough to make an appearance at thanksgiving

It was fun and the turkey was good, well delicious- especially since Dave cooked it

– but I am glad it’s over now and am so ready for CHRISTMAS!!!!
Bring on the Christmas music!